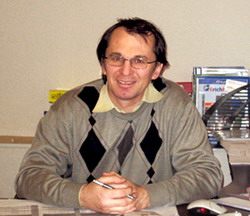 Valery is one of the oldest members of the Tydex staff, who has been working for the company since the beginning of 1996. During this time he has risen from commercial department sales engineer to general manager deputy. In the course of the company growing and changing directions for the development Valery takes part in market promotion of different products, forges relationship with optics suppliers and producers in Russia, manages new optical component producing. Various activities and duties have made him an expert with encyclopedic knowledge.

In 1996 he graduated Saint-Petersburg State Technical University with a degree in "Physics" "Physics of space" specialization. From 1994 to 1996 Valery worked for Ioffe Physical Technical Institute, where investigated and developed small-size mass-spectrometers and mass-spectrometer analyzer modules. As the result of his work was mobile mass-spectrometer for environmental situation on-line monitoring in the field.

Valery was born in 1971, married and has two daughters.

Vladimir was born on 24th May, 1973 in Murmansk at the Kola Peninsula. He graduated from the Baltic State Technical University (St. Petersburg, Russia) with honours and received an M.Sc. in Engineering Mechanics in 1997. He specialized in optics, lasers physics and applied laser systems at university.

From 1995 he worked for the Centre of Nanoheterostructure Physics at the Ioffe Physico-Technical Institute of the Russian Academy of Sciences, where he investigated and improved performance of quantum-size semiconductor laser structures.

In 2000 Vladimir received a Ph.D. in Physics and Mathematics from the State Institute of Fine Mechanics and Optics (St. Petersburg, Russia).

He has had over 20 articles published in physics journals and conference papers.

Vladimir joined Tydex in 2000 as a sales engineer, and from 2004 to 2014 headed the commercial department. His main duties included monitoring and coordination of relations with customers, as well as all the commercial activities of the whole company, expanding the range of products and introducing advanced technologies for their production. His current position and activity are focused on the key clients of the company to maintain, strengthen and develop relationships. 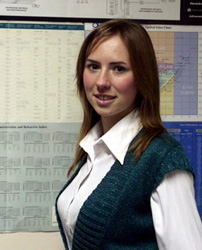 Ekaterina was born on 9th January, 1986 in St. Petersburg.

She graduated from St. Petersburg State University of Information Technologies, Mechanics, and Optics with honours and received M.Sc. in Technique and Technology in 2009.

During education Ekaterina took part in different scientific projects (such as “Strengthening of laser crystal YLF: Nd”, “Development of polyfunctional nano-glass-ceramics”, and “Development of new glass – glass with plasmon resonance”). Scientific results were presented at conferences and published in peer-reviewed journals.

If you would like to send a request, please use the Request form.

If you would like to send an e-mail to one of the above sales engineers, please use the  Contact form.

Contacts
Optics Stock
Optics is ready to be shipped!
Stock is updated weekly. 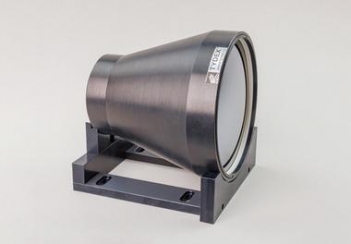